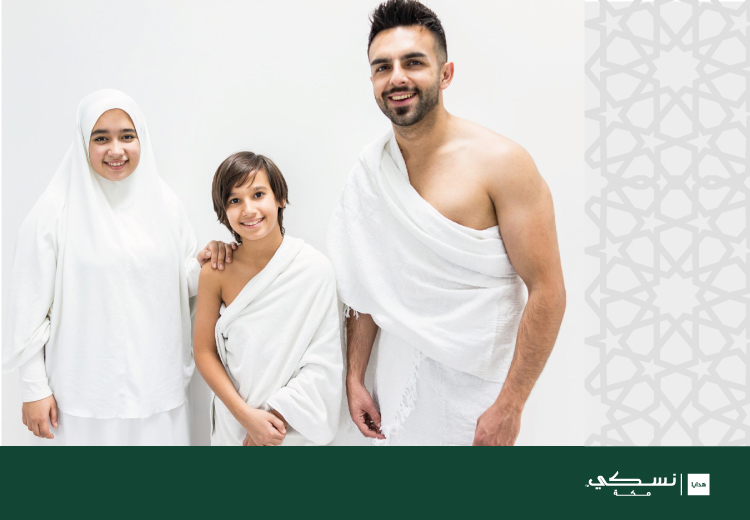 Ihram is the sacred state in which they carry out the required rituals to complete Hajj or Umrah. However, they also have to wear unique clothing that is designed to perform Umrah or Hajj.

Toperform Umrah or Hajj, a Muslim men must wear Ihram. Without Ihram, one's Umrah or Hajj cannot be prefmormed.

Men's Ihram differs from women's, and white men's Ihram is two sheets of white cloths that leave some parts of his body naked, woman's Ihram is the dress that completely conceals her, leaving her face and hands revealed.

Al-Bukhari states that Prophet Mohammed (PBUH) said: "one shouldn't pass the Miqat unless he/she is in the state of Ihram." (Al-Bukhari) 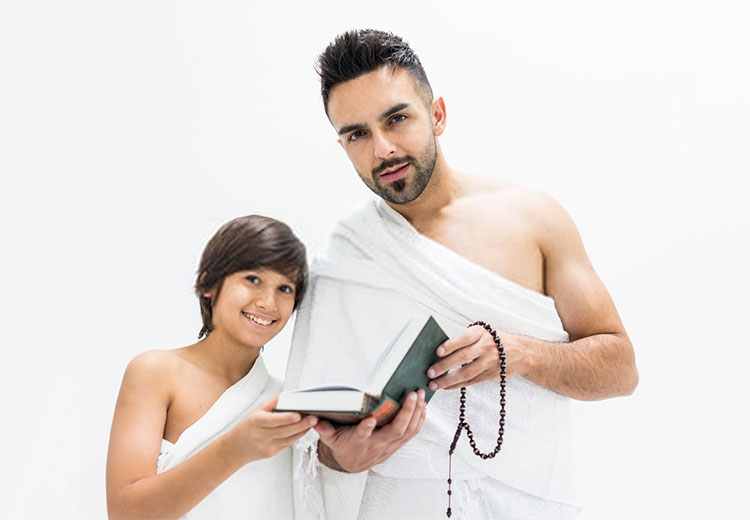 Ihram and its history in Islam

The hajj is one of the five pillars of Islam and all able-bodied Muslims are required to perform it once in their lifetime.

While following a route the Prophet Muhammad once - walked, the rites of hajj are believed to ultimately trace the footsteps of the prophets Ibrahim and, Ismail.

To perform Umrah or hajj every man and woman has to enter ihram. without ihram, one's can't be performed Umrah or hajj. 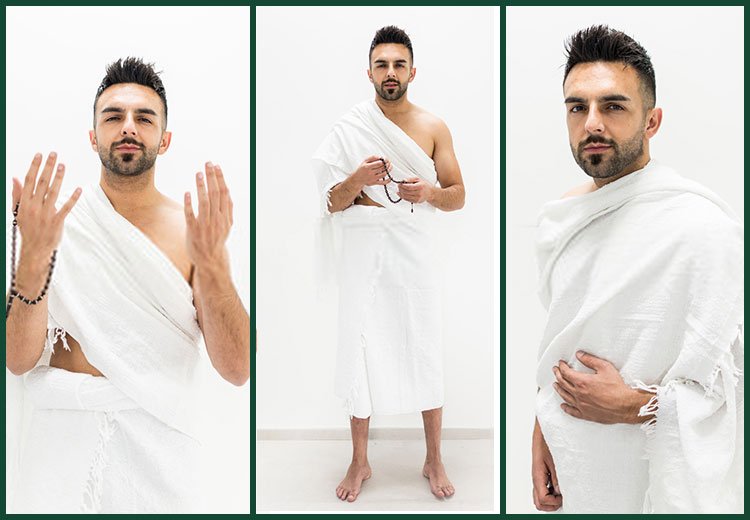 One should avoid the acts that are prohibited for a person who is in the state of ihram such as aa wearing. Attar (perfume), wearing makeup, wearing socks, etc.

The thickness of Ihram will absorb high amounts of sweat from the body hence providing comfort to anyone on Hajj/Umrah. The Ihram package for men consists of two pieces of white sheet/towel. The simple, white Ihram clothing is intended to make everyone appear the same, as in the eyes of Allah, there is no difference between a prince and a poor man!

We have so many different types of collection:

We provide the best quality of Ihram and check some other products like prayer beads, prayer dress, all kinds of mats, etc. also are available on our website, so if you want to make your work easier, than visit our website nusuki.com.sa right now. We never let you down for getting the right quality products. We've tracked down all the most exceptional options available to you right now.

Lastly, may Allah SWT allow us to go into Ihram during Umrah and hajj dates and only come out of it after performing Umrah or hajj (Amen).

During Ihram do you sleep with these clothes?
Yes, you can sleep with these cloths; you can remove the upper cloth if you wish to ensure your private parts are covered at all times.
What are the conditions of ihram?
During ihram, women must have uncovered their faces. The hijab or dupatta is obligatory. There is no gender segregation during the hajj. Men and women pray together not just in the same area but also in the same prayer line.
Can we use a safety pin on ihram?
- It can be allowed to male pilgrims to use safety pins and clips to tie their one side of the ihram with others. They can also use a money belt and even ordinary stitched
What is the purpose of ihram ?
Clothing includes men's and women's garments worn by Muslim people while in a state of ihram, during either of the Islamic pilgrimages, hajj and umrah